Paving the Way: A Q&A with DREAM Legend Nicole Espinal ’21

Nicole Espinal is used to being among the first. This past June, she graduated as a member of DREAM Charter High School’s first 12th grade class. A few months later, she became one of the first DCHS alumni to pursue a four-year degree. And, along with her brother, she is among the first generation in her family to attend college.

Paving the way for not only yourself, but also your family and future generations of students, is a large responsibility. But Nicole is up to the task. Before starting her second semester at Ithaca College this month, she met with DREAM to talk about being away from home, finding support, and taking on new challenges. Forever a DCHS “Founder,” she also shared her best advice for the future DREAM graduates following in her footsteps.

This interview has been lightly edited for length and clarity.

DREAM: What was it about Ithaca that made it the school for you?
Nicole Espinal: At first, I didn’t know anything about Ithaca, but the more I learned, I felt like I’d be ok there. I enjoy being there, I’m very comfortable, and the people are so nice. It was also easier for me to manage the lifestyle at Ithaca. In the city, there are way more people, it’s way more clustered. You have to be more aware of yourself and your surroundings. But in Ithaca, you have more air and more space. You’re able to be a little less on guard.

DREAM: What are you studying?
NE: I was studying exercise science, but I switched my major to undecided. It wasn’t really what I thought it was going to be—I want to be around sports in my future, and thought pursuing that field would be the best way. Now I’ve decided to see if there is another way for me to incorporate sports into my career.

DREAM: Are there any activities, clubs, or teams that you’re involved in at school?
NE: In my second semester, I’m going to become a part of PODER [Ithaca’s Latinx student association]. It focuses on different heritages and Hispanic cultures coming together to talk about activities to do on campus, and life in general. My friends started going to their meetings, and they explained how inclusive it was—I’m Dominican, and they were around Dominican culture. When you’re away from home, you try to find a little bit of your roots. I feel like I’ve found a perfect space where I would feel comfortable and like I’m back at home.

DREAM: What were some of your first impressions when you started college?
NE: When I first got there, it was rough because I didn’t know anyone. But throughout freshman orientation, I made a couple friends and started to feel comfortable. It was like summer camp, that first week. But when classes first started, it kicked in a bit—that responsibility and independence, and how you have to be on top of your work and your job, because no one else is going to do it for you. From there, it was all about making sure I was ok mentally, ok with my grades, and that I knew what I was doing. I got into the routine of things after a while. I also have a great group of friends at Ithaca, and we talk about a lot of things going on in our lives, making sure we are all mentally ok. As long as you have somebody that’s there for you, I think you’ll get into the routine of things.

DREAM: How are the classes in terms of difficulty?
NE: The classes I took were a mix of independent and group-based. The professors are very honest, and understanding, especially because of the pandemic. My professors understood that mental health was a very big factor. If you couldn’t make it to class, they were understanding. The classes were somewhat academically hard, but if you paid attention in class and took the right notes, you’d be ok.

DREAM: What is your favorite thing about being in college?
NE: The independence that I gained. When I’m in the city, I’m with my mom, my parents. I have to make sure they’re ok, that I’m ok. It’s a lot of responsibility. But when you’re away, it’s just you.

DREAM: What are some of the challenges?
NE: In the beginning, I was overwhelmed and stressed. I had to make an adult decision to change my major, and that was very different because I’ve always had my parents to rely on to make that decision for me. But I made it, and it went well. Another challenge was taking care of myself, and learning how to be responsible for my mental and physical health.

DREAM: What is something you wish you had known before you went to college?
NE: How many different cultures and people you’re going to be around. Not everyone is from the same place you are, so you have to be more aware and open to different things. If I had stayed in the city for school, it wouldn’t have been much of a change. But since I went away, I’ve met people from different states, cultures, and traditions. I think in the long run that experience will help me stay open-minded to different things, and to never shut anything down without trying it first. You never know what opportunities can come from little things.

DREAM: How have DREAM and the Legends Program provided support?
NE: They’ve supported me so much, it’s ridiculous. They helped me with financial aid. They make sure I’m ok mentally and physically. They’ve helped me with summer internships, planning my schedules, getting my textbooks. There’s a lot that comes from the DREAM family that I deeply appreciate. I have an older brother at college, but he’s not here, so I’m basically doing this myself because my parents didn’t have the chance to go to college. So having multiple people to have my back through this process and these four years is amazing. Even if I get lost, I know I have people who have my back and can pull me back in.

DREAM: If you were to give advice to current high school students preparing for college, what would you say?
NE: First, don’t be afraid to take the risk, take the opportunity, because opportunities only come once in a lifetime. Make sure you understand the opportunity and make sure if you really want it or not. Second, don’t be afraid to ask for help, even if you really don’t want to, because help will always be there from DREAM. Third, take care of yourself. Make sure you’re mentally and physically ok, because if you’re not, nothing else matters. College comes with a lot of independence and a lot of challenges, so make sure you’re ready for that. 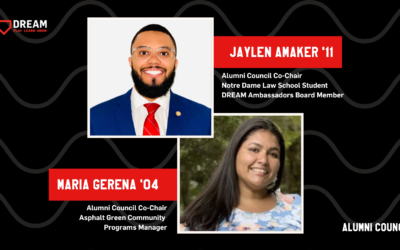 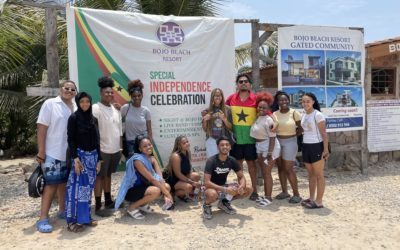 Trip of a Lifetime: DCHS Students Study Abroad in Ghana

This month, DREAM Charter High School students embarked on the trip of a lifetime to Ghana as part of a study abroad opportunity with I Am... 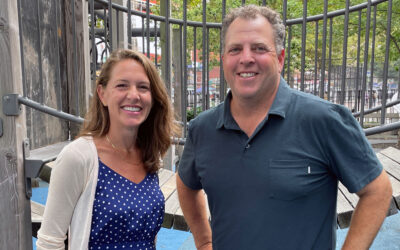 As we forge ahead toward the new school year, I’m excited to share some news with our community: This month, our Chief Education Officer Eve...